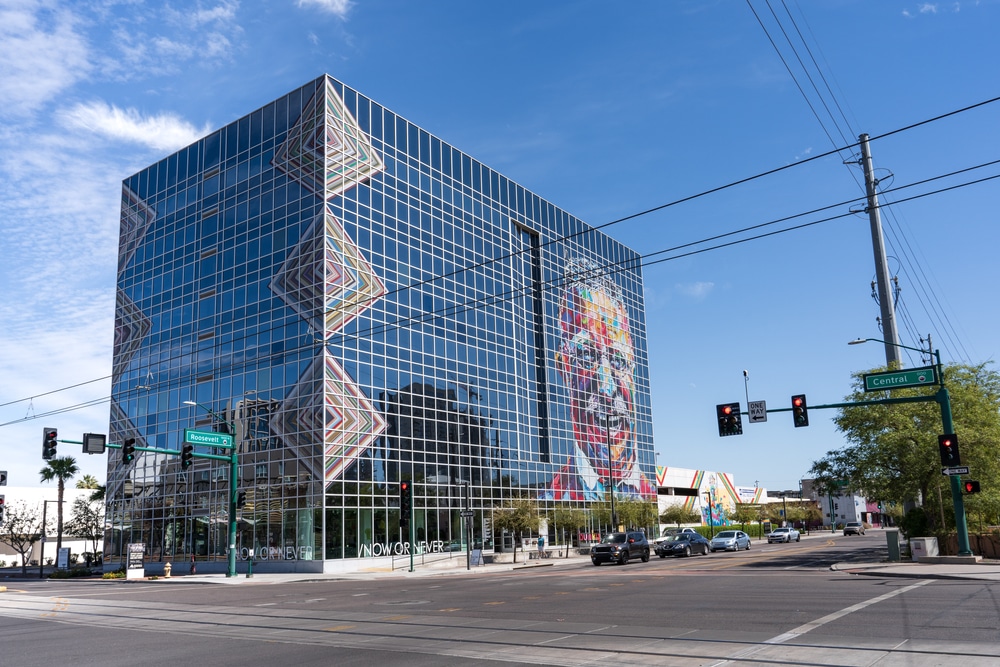 A Visitor’s Guide to Downtown Phoenix

Arizona’s capital city may be famous for its sunshine, cacti, and golf courses, but did you know that downtown Phoenix also has a thriving arts scene, award-winning restaurants, and multiple pro sports teams?

By day, historic downtown districts like Roosevelt Row and Grand Avenue invite visitors to hunt for colorful murals and shop for hand-crafted jewelry and pottery, while the central Heritage Square zone offers a handful of museums to explore. At night, vintage cocktail bars and live music venues draw crowds indoors, while special gatherings like the First Friday Art Walk bring the community together all over the downtown streets.

If it’s your first time exploring the desert city, this Phoenix travel guide will point you to the best downtown neighborhoods, attractions, restaurants, and more, all easily accessible from your vacation rental home.

A hub of art galleries, small boutiques, live music, and eclectic cafes, Roosevelt Row is one of downtown Phoenix’s best neighborhoods to explore by day or night. The monthly First Friday Art Walk highlights dozens of local vendors and musicians throughout the neighborhood, while the Downtown Phoenix Farmers Market offers fresh produce, flowers, and artisan cheeses in an open-air venue on Saturday mornings year-round.

RoRo, as the locals call the district, also has Phoenix’s largest collection of street art, including a concentration of paintings in Mural Alley. Pop by the Roosevelt Row Welcome Center to learn about special events and shows on the calendar. 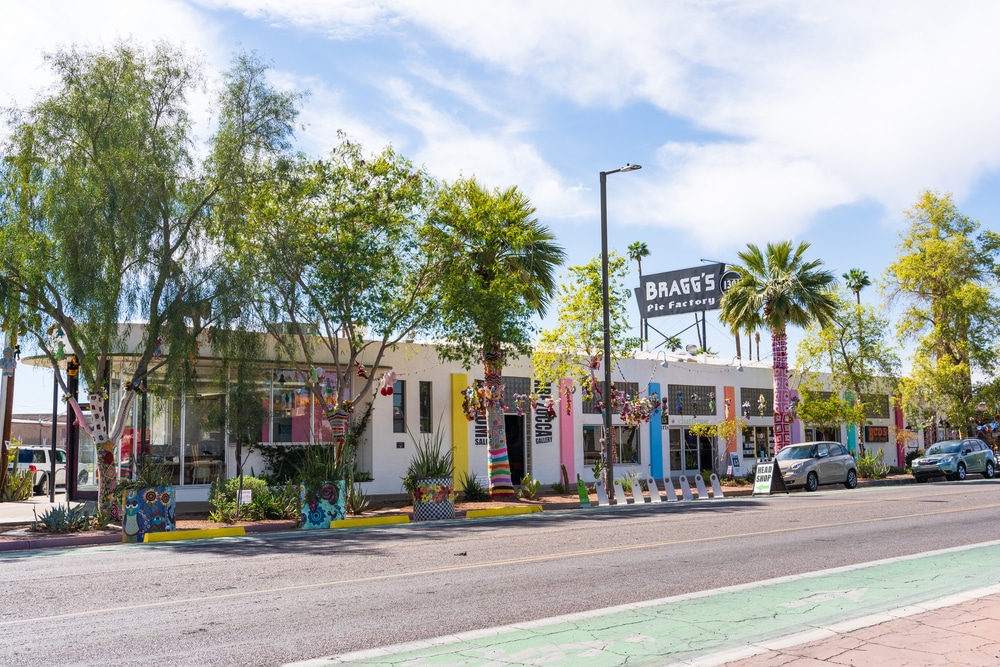 Public art, record shops, coffee houses, and dive bars fill the storefronts along Historic Grand Avenue. Former industrial buildings in the neighborhood have been repurposed into bars and restaurants.

Some of the best places to go in this area include McKinley Street for photo-worthy sidewalk art, the popular Bikini Lounge tiki bar, and the Prince mural on 15th and Grand. The local vendors and studios of Grand Avenue also participate in the First Friday Art Walk. 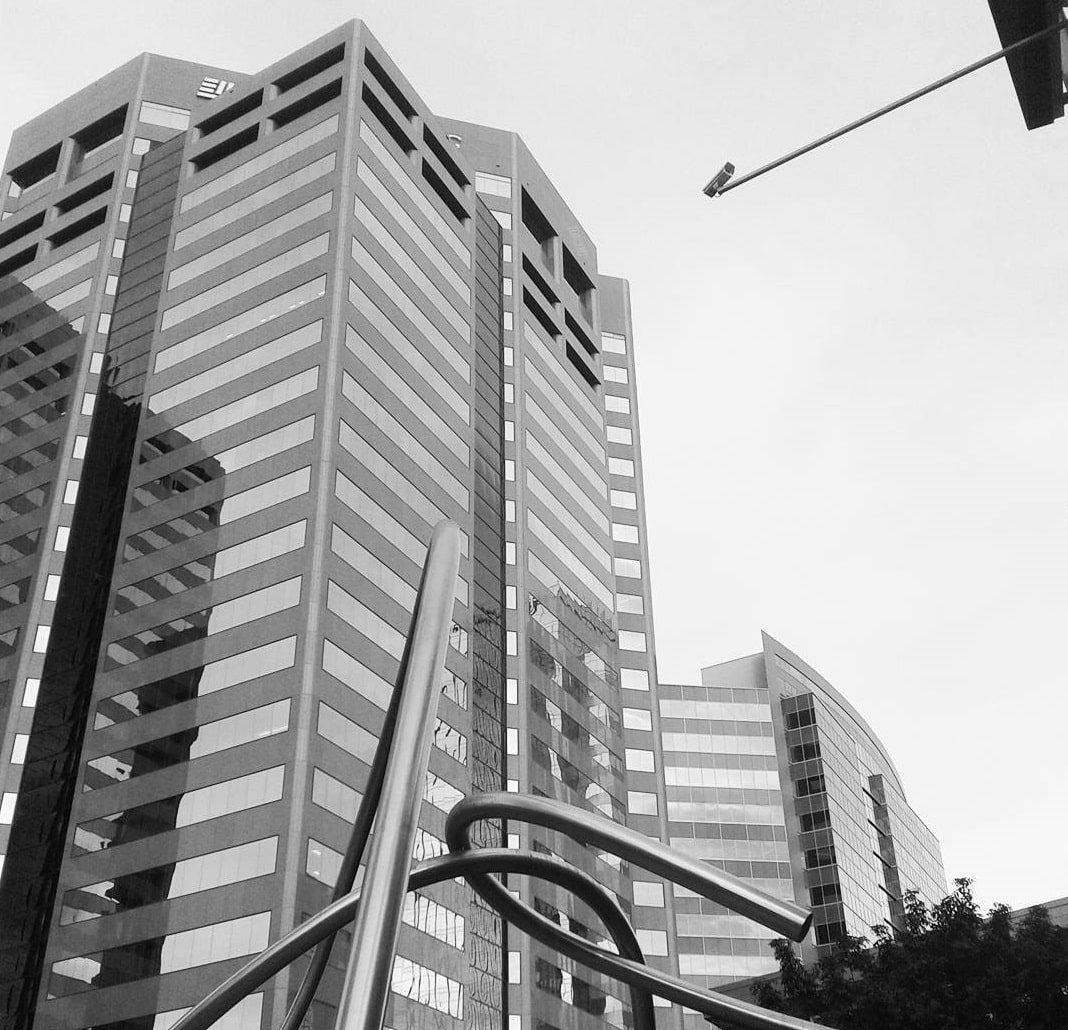 The modern CityScape development is a hot spot for Phoenix nightlife. The two-block center of retail and dining offers everything from comedy clubs and live local music to massive concerts and pro basketball games at the Footprint Center. 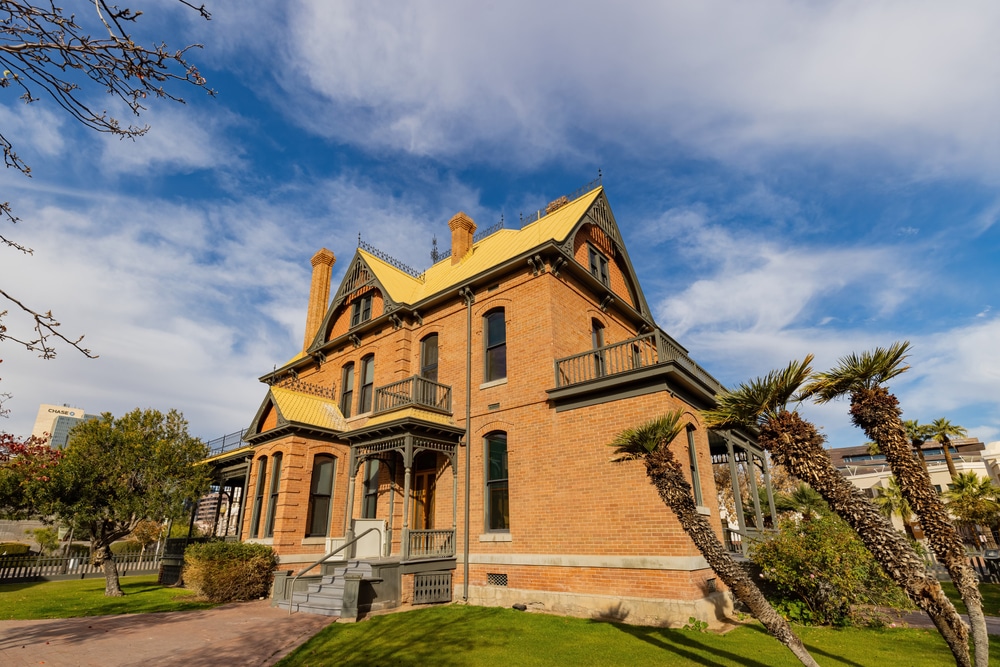 The original center of downtown Phoenix, Heritage Square holds a few of the city’s founding homes from the 19th and early 20th centuries and is surrounded by some of the city’s top museums.

The 1985 Rosson House Museum offers a glimpse of the Victorian era of Phoenix on history tours of the home, which is said to be haunted by a former caretaker. Other old buildings in the square now contain shops and eateries, like The Bungalow, a 1901 house turned gift shop for locally made goods.

Things To Do in Downtown Phoenix

With so many great things to do in Phoenix, it can be hard to know where to start. For history or art lovers, there are plenty of museums and theaters to explore. For sports fans, you’ll enjoy a day out cheering on your favorite team. And, for those that are craving fresh air and scenic desert landscapes, there are plenty of parks in town and hiking trails just outside of the city limits.

Visit the Museums in Phoenix 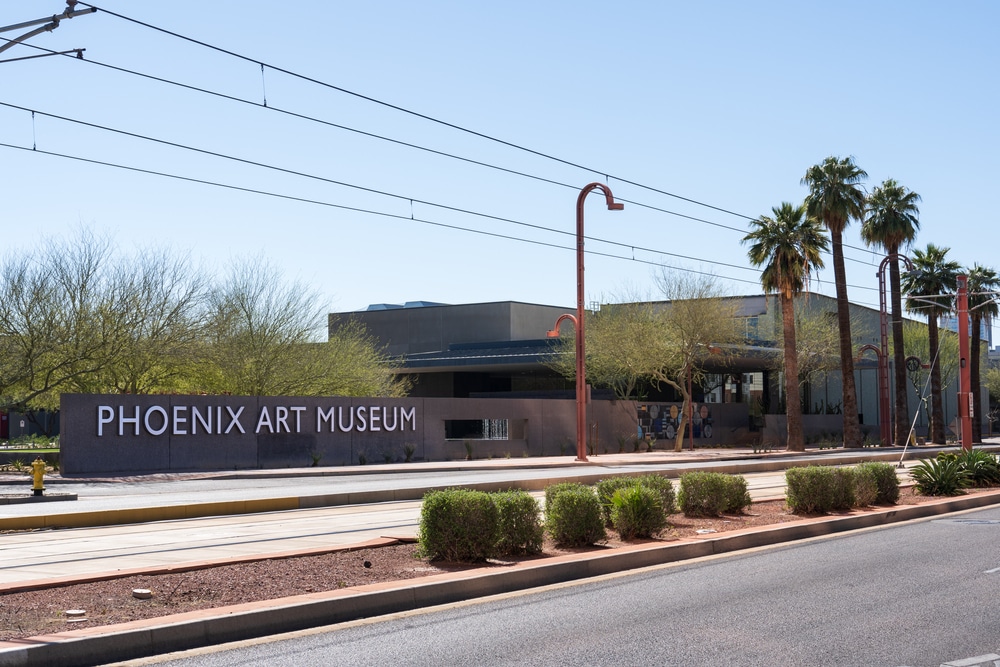 The Phoenix Art Museum has one of the largest collections of fine art in the Southwestern U.S., with exhibits from the Americas, Europe, and Asia. Over 20,000 objects on display include textiles and fashion, Western European paintings, contemporary photography and sculptures, and the Thorne Rooms, miniature replicas of historic interiors.

The museum offers several opportunities for reduced admission, including free entry during the First Friday Art Walk in Phoenix. 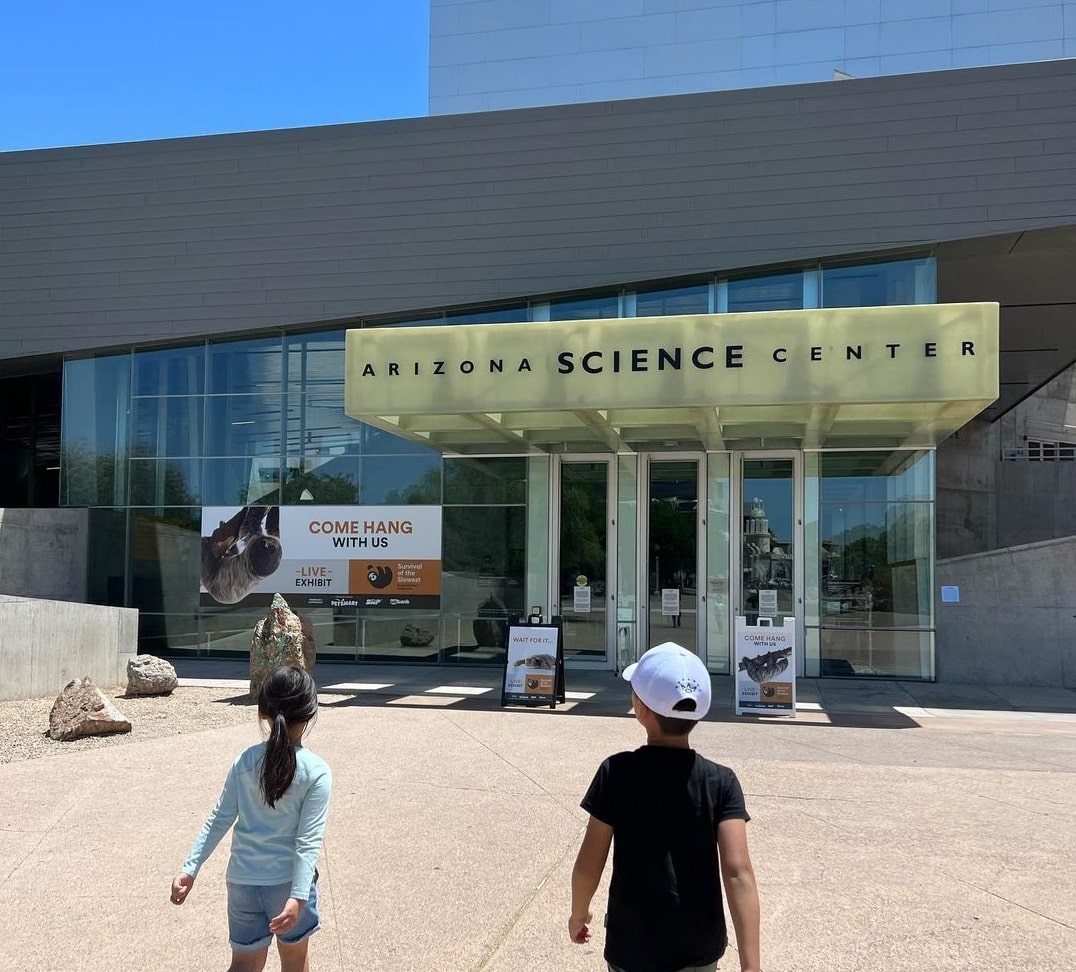 Located at Heritage Square in downtown Phoenix, the Arizona Science Center is home to one of the biggest planetariums in the U.S and a 3D theater with a five-story tall screen. More than 300 interactive exhibits and displays cover everything from space flight to creepy crawlies to the science behind bubbles. The neighboring 6,500-square-foot CREATE at the Arizona Science Center offers an art studio and lab combo where visitors can flex their imagination, test tools, and join classes and workshops. 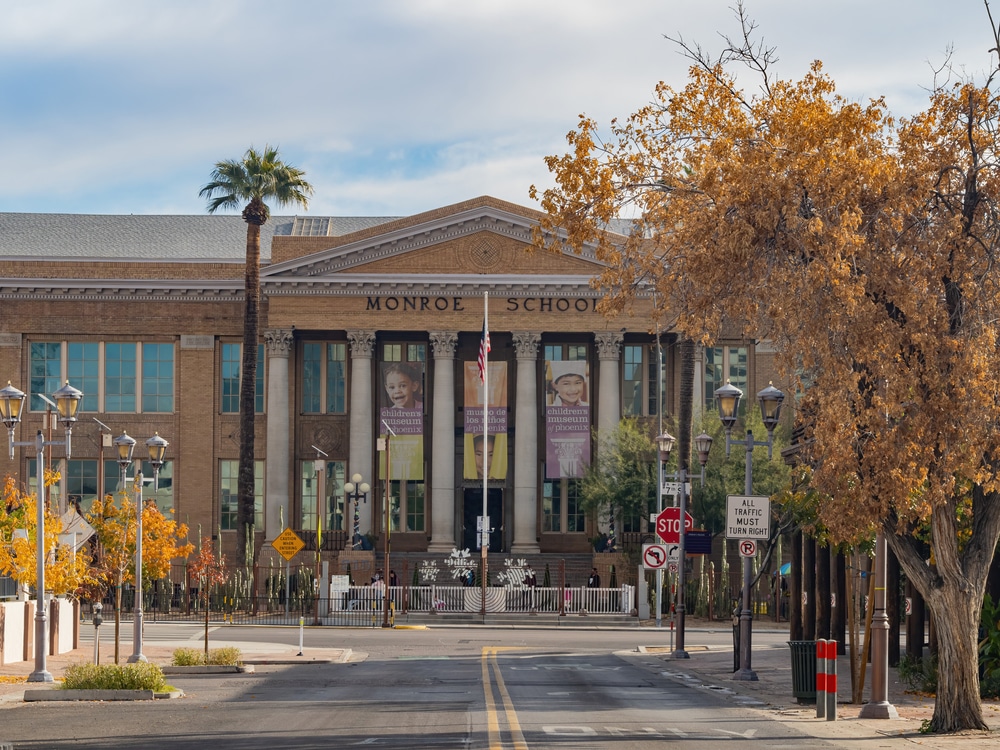 Housed in a historic school building downtown, the Children’s Museum of Phoenix offers over 300 interactive experiences for kids. Designed for ages 10 and under, the venue also has classes and events in the arts, music, and STEM. 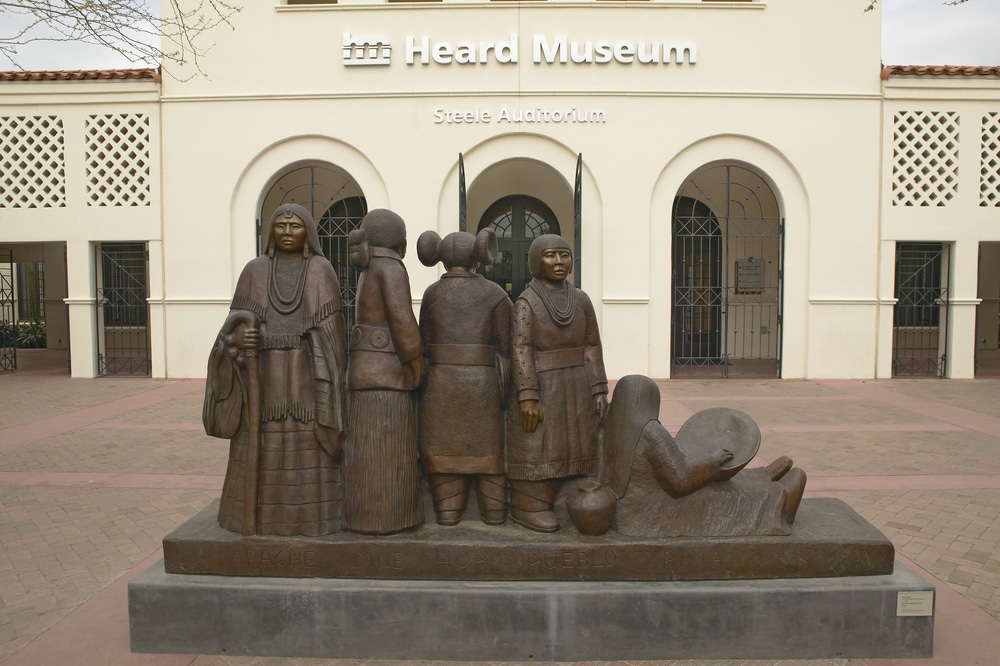 Founded in 1929, the Heard Museum preserves the stories and culture of over 20 American Indian tribes of the Southwest. At both indoor and outdoor exhibits, you can see traditional and modern art, including jewelry, pottery, and textiles. 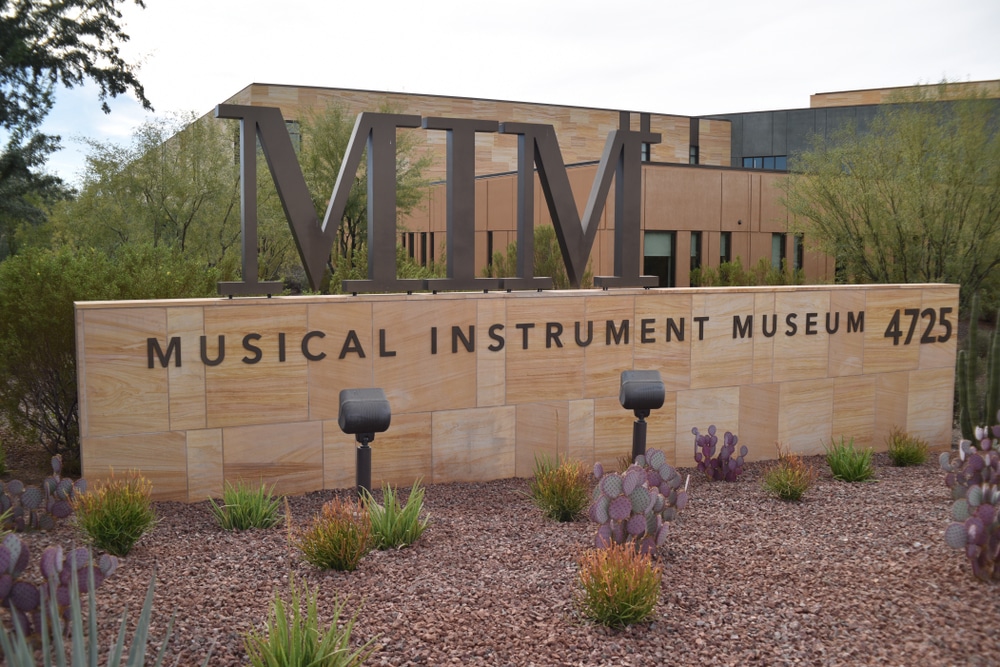 Though it’s located a little outside of the central city, the Musical Instrument Museum is a fun place to go in Phoenix. The interactive attraction introduces visitors to thousands of instruments from around the globe, with opportunities to hear and play a Peruvian harp, Javanese gamelan, and more. Concerts are also held at the museum in the MIM Music Theater. 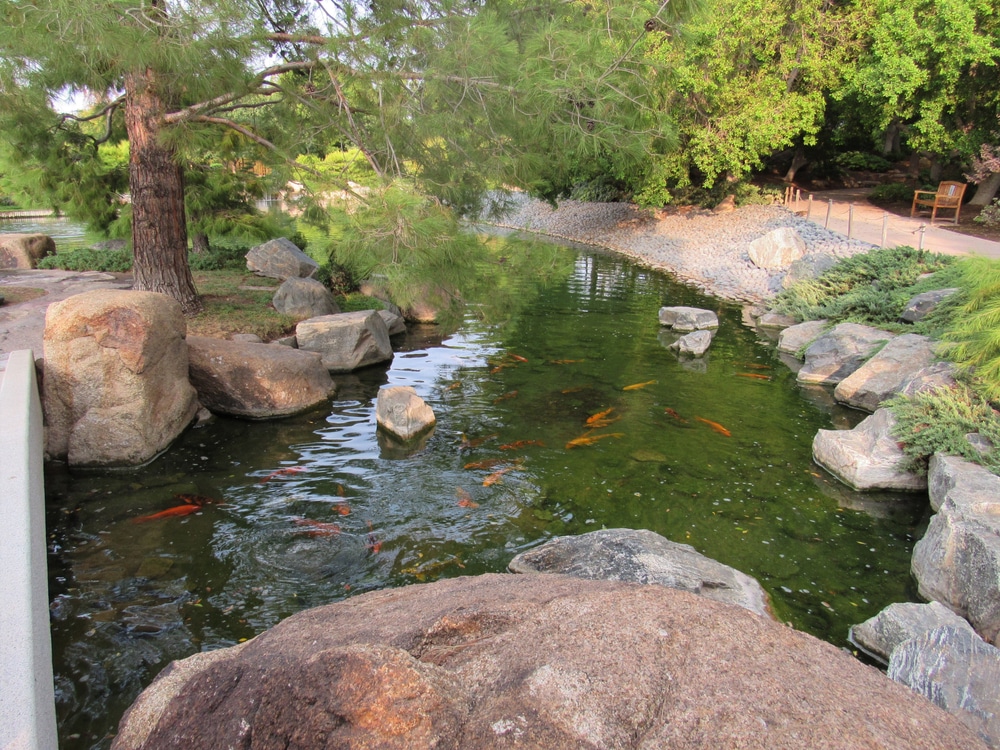 The Japanese Friendship Garden is one of the best places to spend time outdoors in Phoenix downtown. Covering 3.5 acres, the garden has a scenic walking path with stone footbridges, trickling streams, a small waterfall, and a Koi pond with hundreds of colorful fish. Cultural programs at the garden include traditional tea ceremonies at the onsite tea house.

Cheer on the Diamondbacks at Chase Field 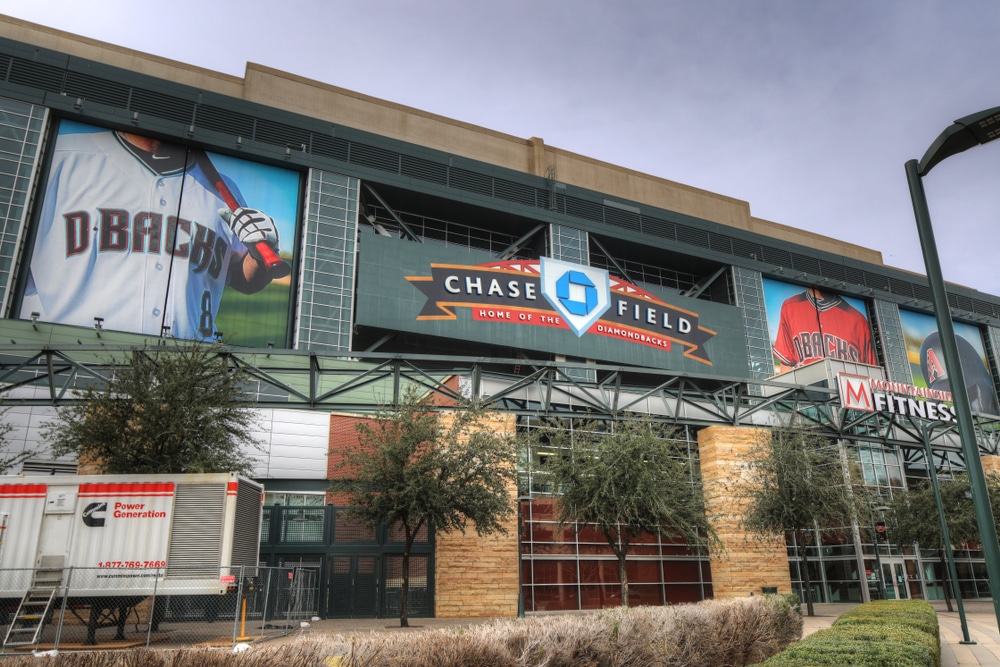 Baseball fans gather in downtown Phoenix to cheer on the Arizona Diamondbacks, the city’s Major League Baseball team. Chase Field has a retractable roof and is within walking distance of the CityScape development for pregame happy hour or celebratory drinks after a win. It is also just a couple of blocks from Heritage Square and the surrounding museums.

Catch a Game at the Footprint Center 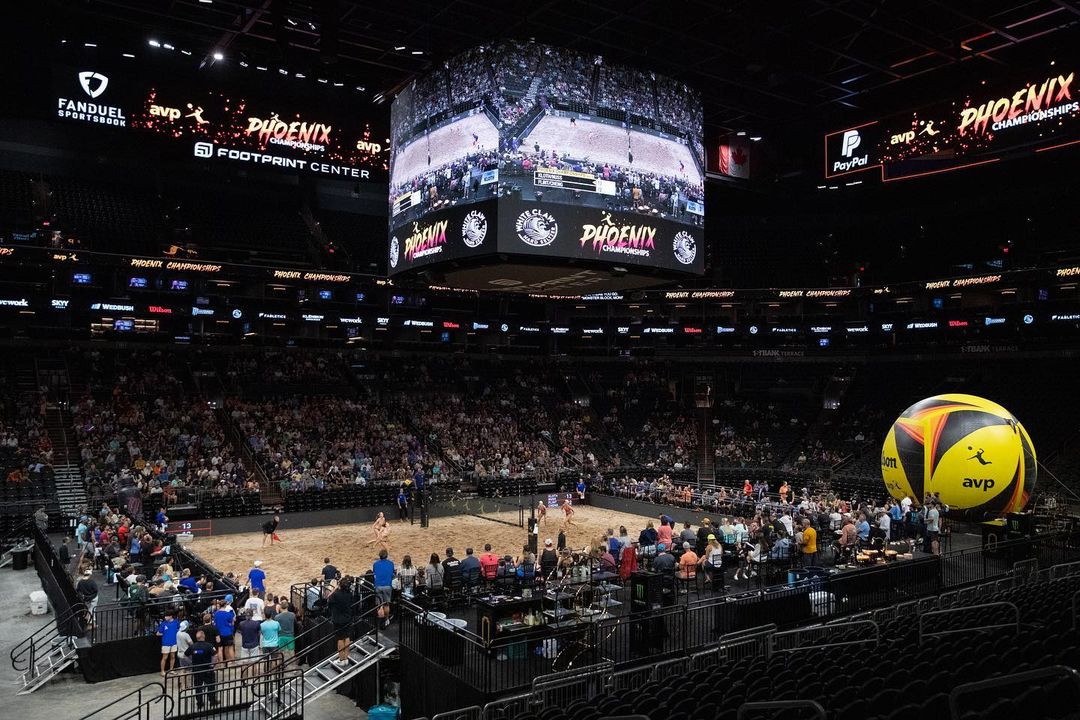 Visiting Phoenix during basketball season? Phoenix’s NBA and WNBA teams, the Phoenix Suns and the Phoenix Mercury, play at the Footprint Center downtown near the CityScape development. The arena also hosts concerts and other events in downtown Phoenix. 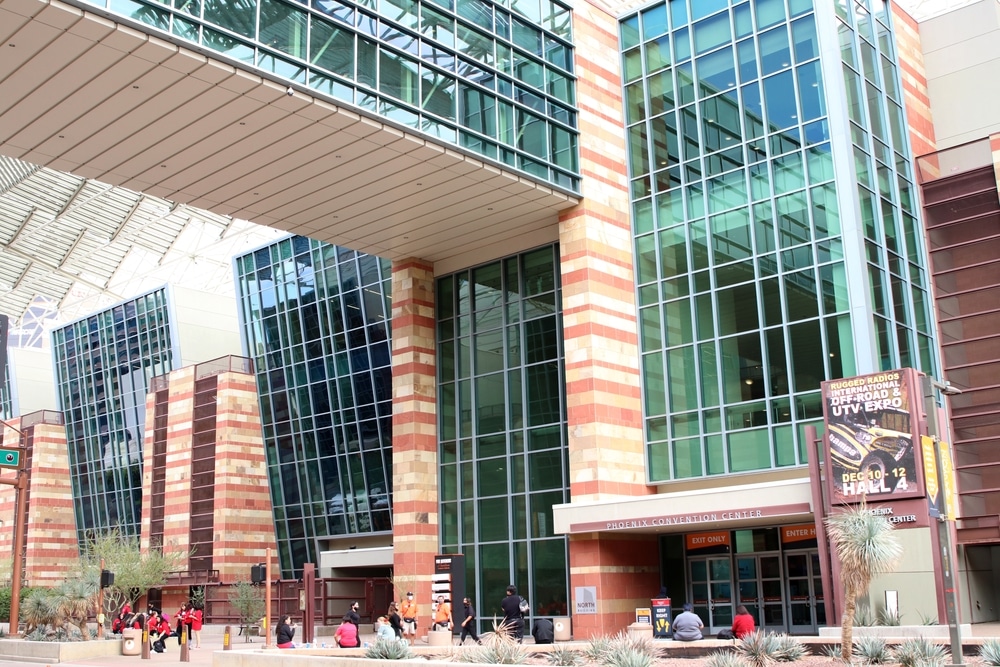 Many of Phoenix’s large entertainment venues and theaters are located along Washington Street downtown, including the Phoenix Convention Center and its two performance halls, Symphony Hall and the Orpheum Theatre. Symphony Hall is home to the Phoenix Symphony Orchestra, Ballet Arizona, and the Arizona Opera, while the beaux arts-style Orpheum Theatre hosts Broadway shows and other musical programs in a renovated 1929 building.

A few blocks down Washington, the Arizona Financial Theatre has a large auditorium for concerts and plays.

Van Buren Street downtown has some smaller venues like The Van Buren for live music, the Crescent Ballroom for music and Tex-Mex, and a trio of stages at the Herberger Theater Center, where the Arizona Theatre Company performs.

Every first Friday night of the month, neighborhoods like Roosevelt Row and Historic Grand Avenue spring to life with pop-up markets, live music, and street food for a celebration of the arts in Phoenix. Several roads are closed to vehicles during this time for a pedestrian-friendly evening in downtown Pheonix.

Bigger venues in downtown Phoenix join in on the fun too, with free admission and discounts to attractions like the Heard Museum, Phoenix Arts Museum, and Japanese Friendship Garden. 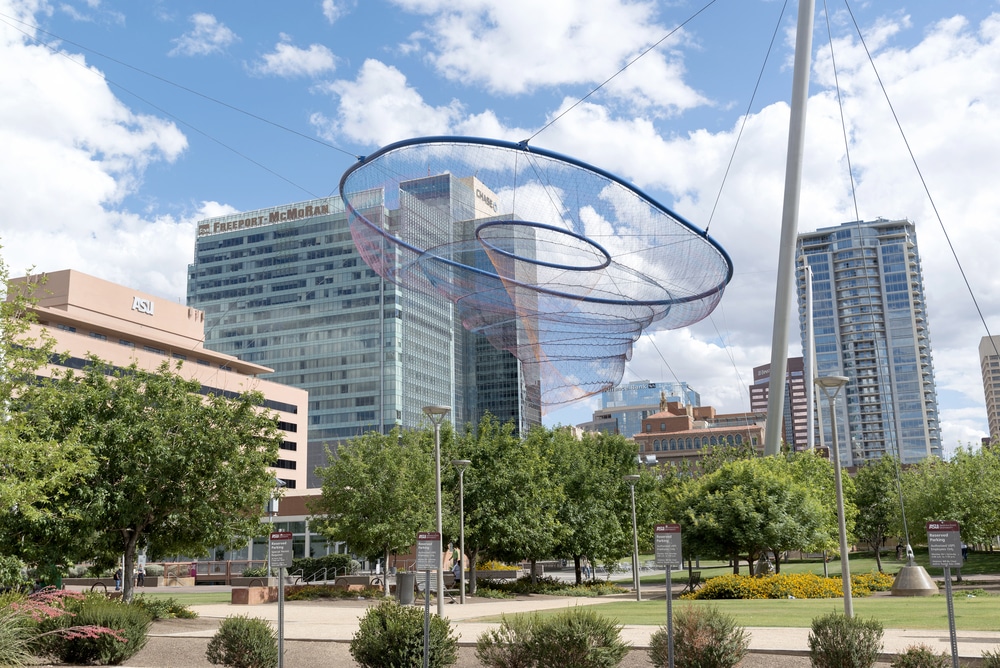 Located near the Arizona State University campus downtown, Civic Space Park is the perfect pop of green space in the middle of downtown Phoenix. In addition to the grassy lawns and bench seating, the park has a massive suspended art piece that is worth checking out.

Where to Eat and Drink in Downtown Phoenix 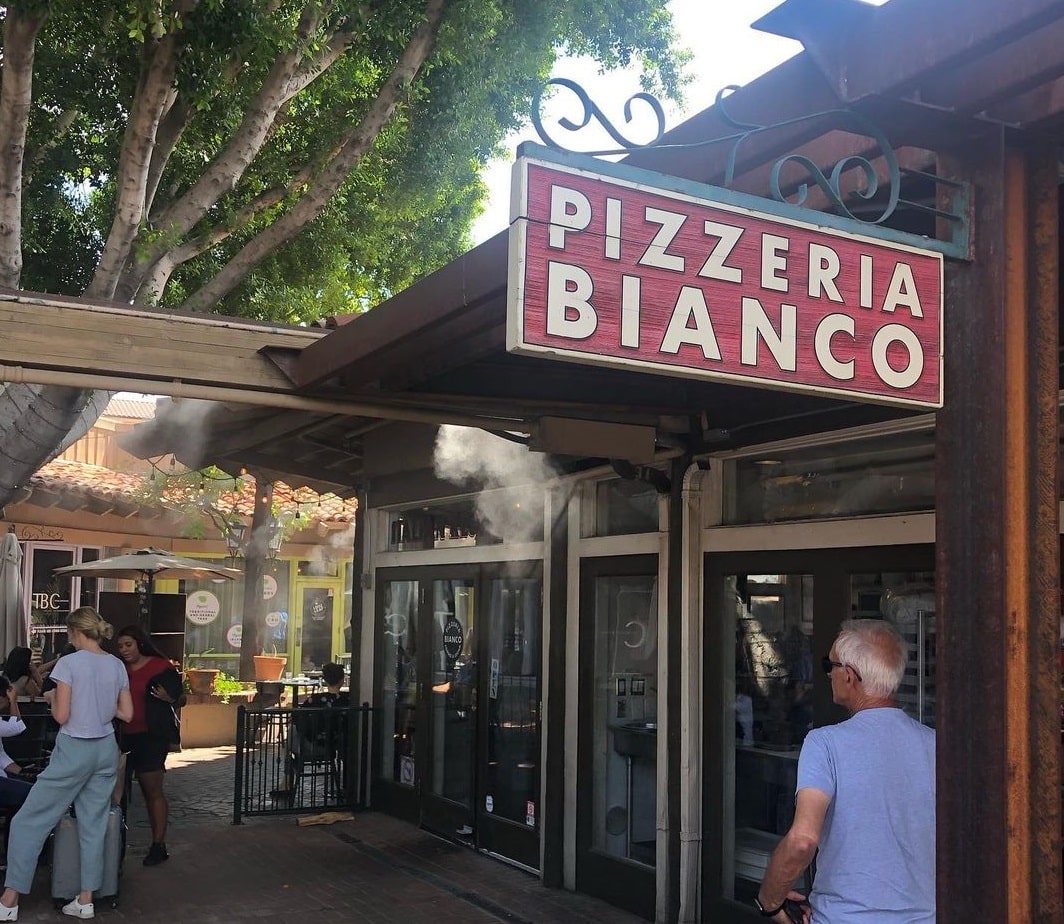 Pizzeria Bianco is one of the most well-known restaurants in downtown Phoenix. James Beard Award-winning chef Chris Bianco started the artisanal pizza shop in a grocery store in the 1980s and it has since blossomed into a handful of restaurants and a bar downtown. Wood-fired pizzas with fresh and simple ingredients are on the menu at the popular Heritage Square location. 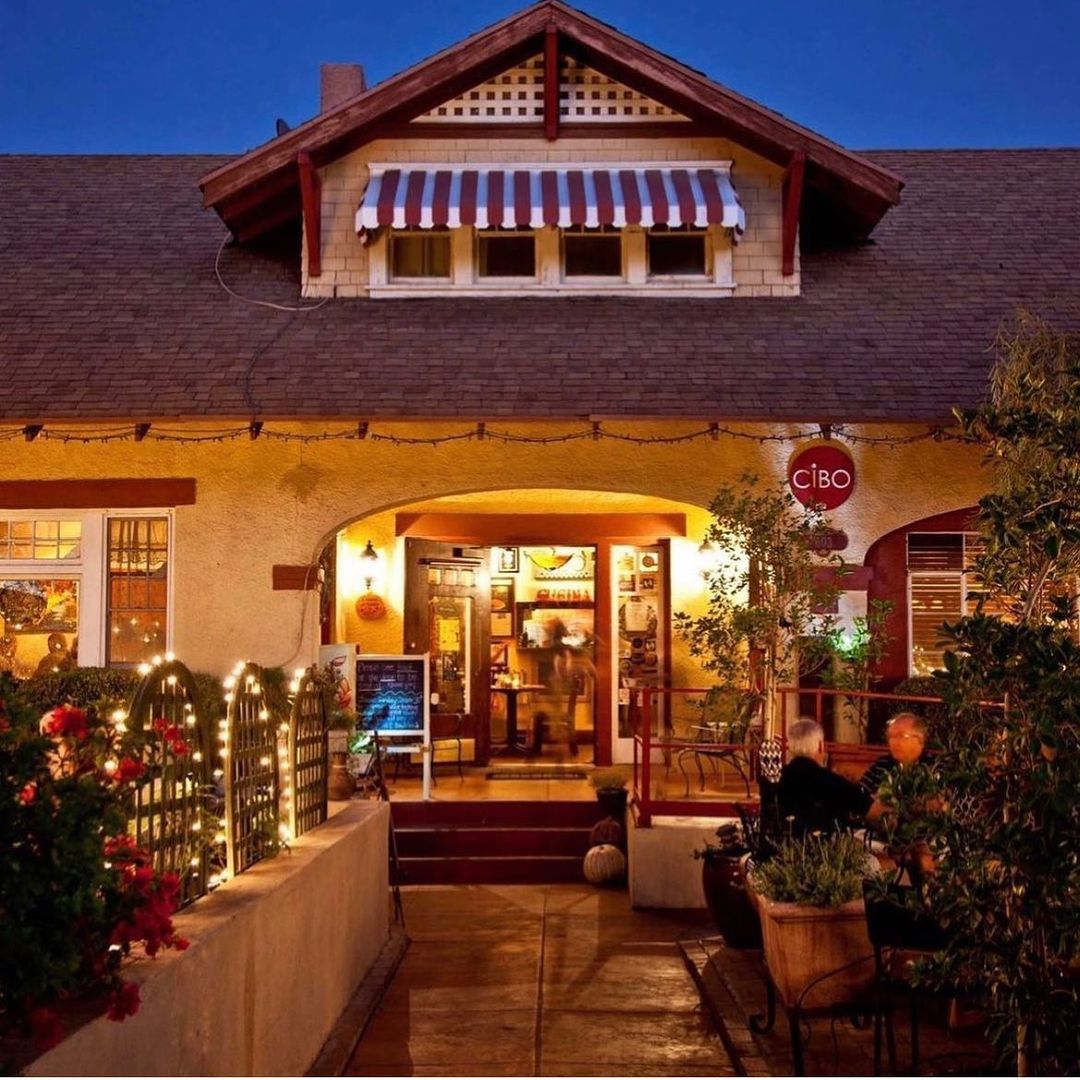 CiBO Pizzereria dishes up a wide selection of wood-fired pizzas, pasta, and Italian charcuterie boards. Located in a converted 1913 bungalow on 5th and Fillmore, the setting feels intimate, quiet, and unassuming. 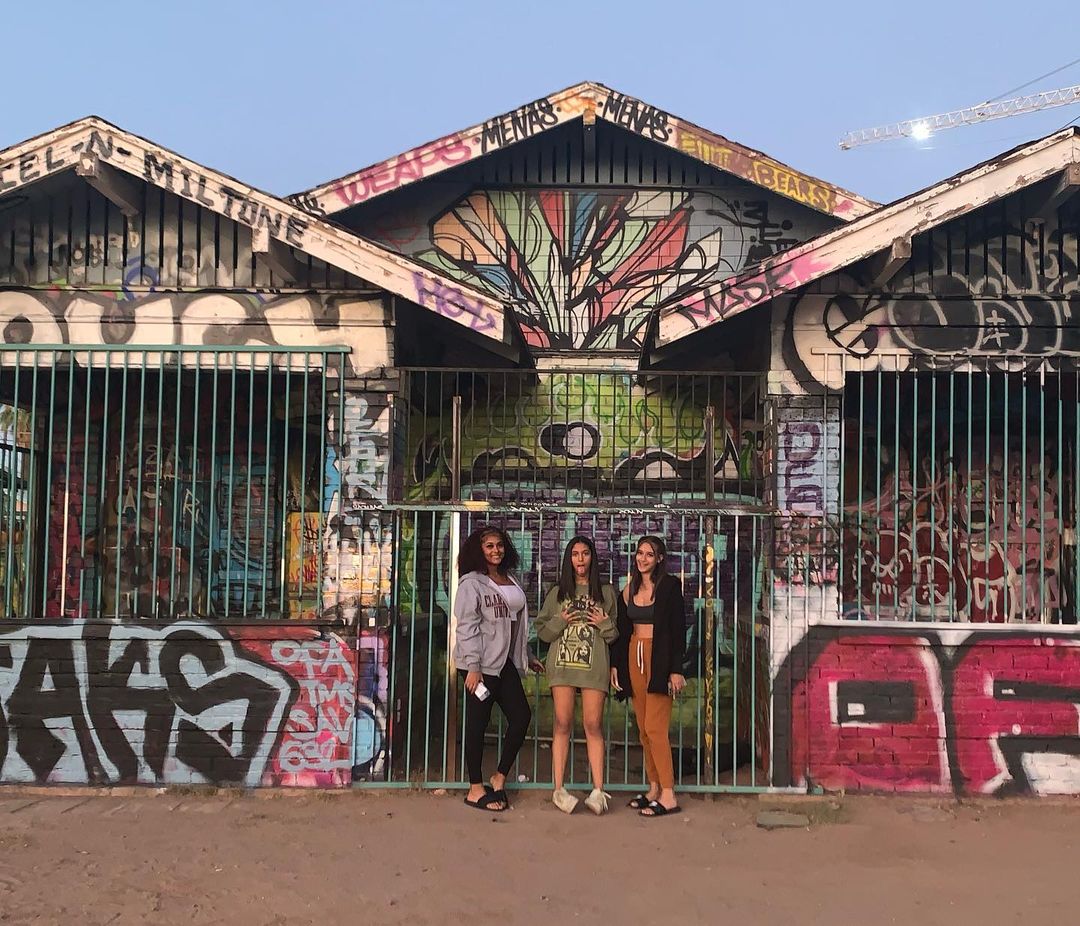 Taco Chelo is a trendy and casual spot to grab tacos and margaritas on Roosevelt Row. The restaurant aims to mesh visual and culinary arts and has a simple menu of corn tacos with tasty stuffings like carne asada, battered fish, and roasted sweet potato. 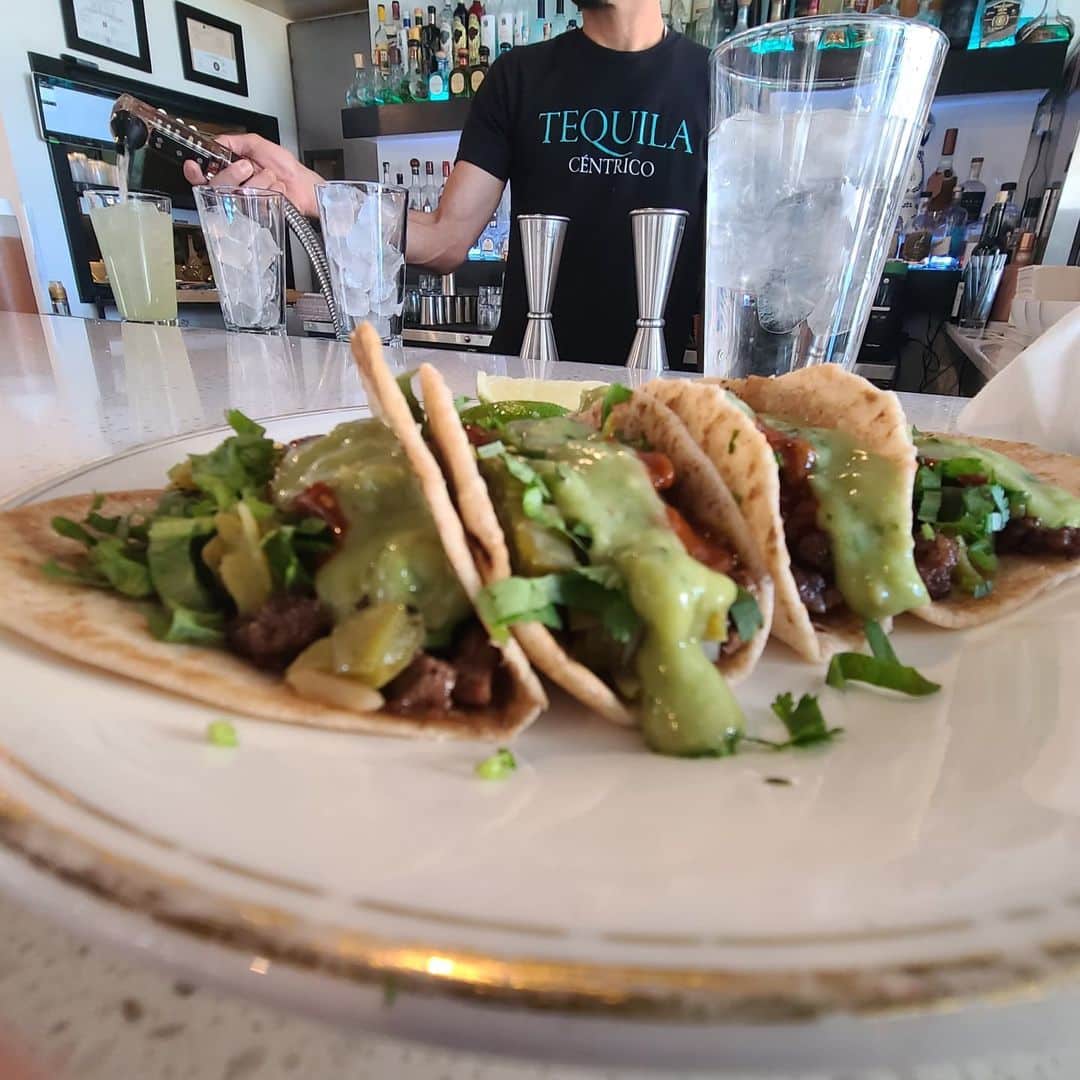 Located in the historic San Carlos Hotel in the heart of downtown Phoenix, Centrico offers classic Mexican fare and hand-crafted cocktails. The bar specializes in mezcal and tequila concoctions while the menu features tacos, enchiladas, and special brunch offerings. 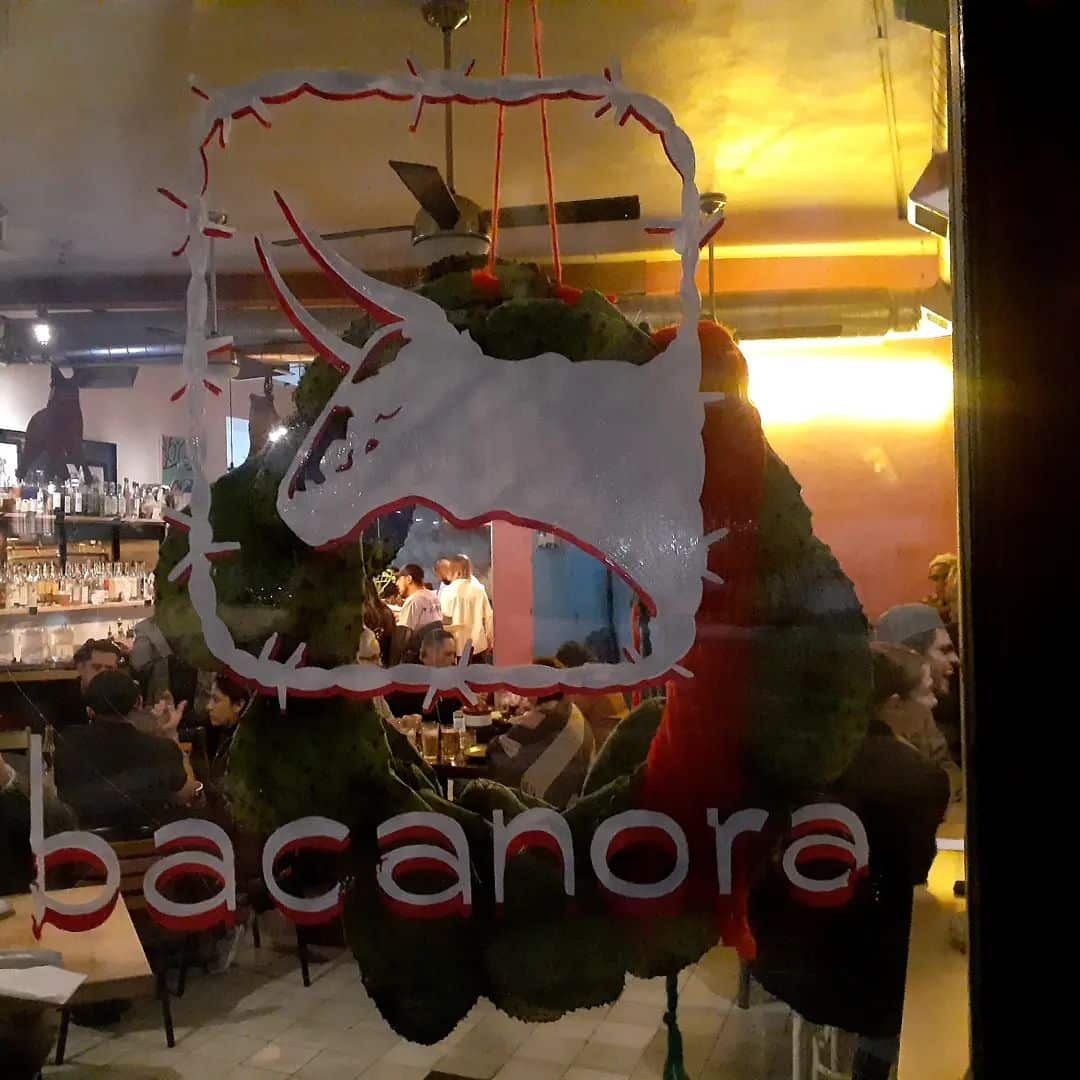 Bacanora is the spot to grab a Mexican brunch in the middle of artsy Grand Avenue. Cocktails, mocktails, and Mexican wine are on the drink menu, but more attention-grabbing is the pinata menu with clay and recycled paper creations handmade by locals. 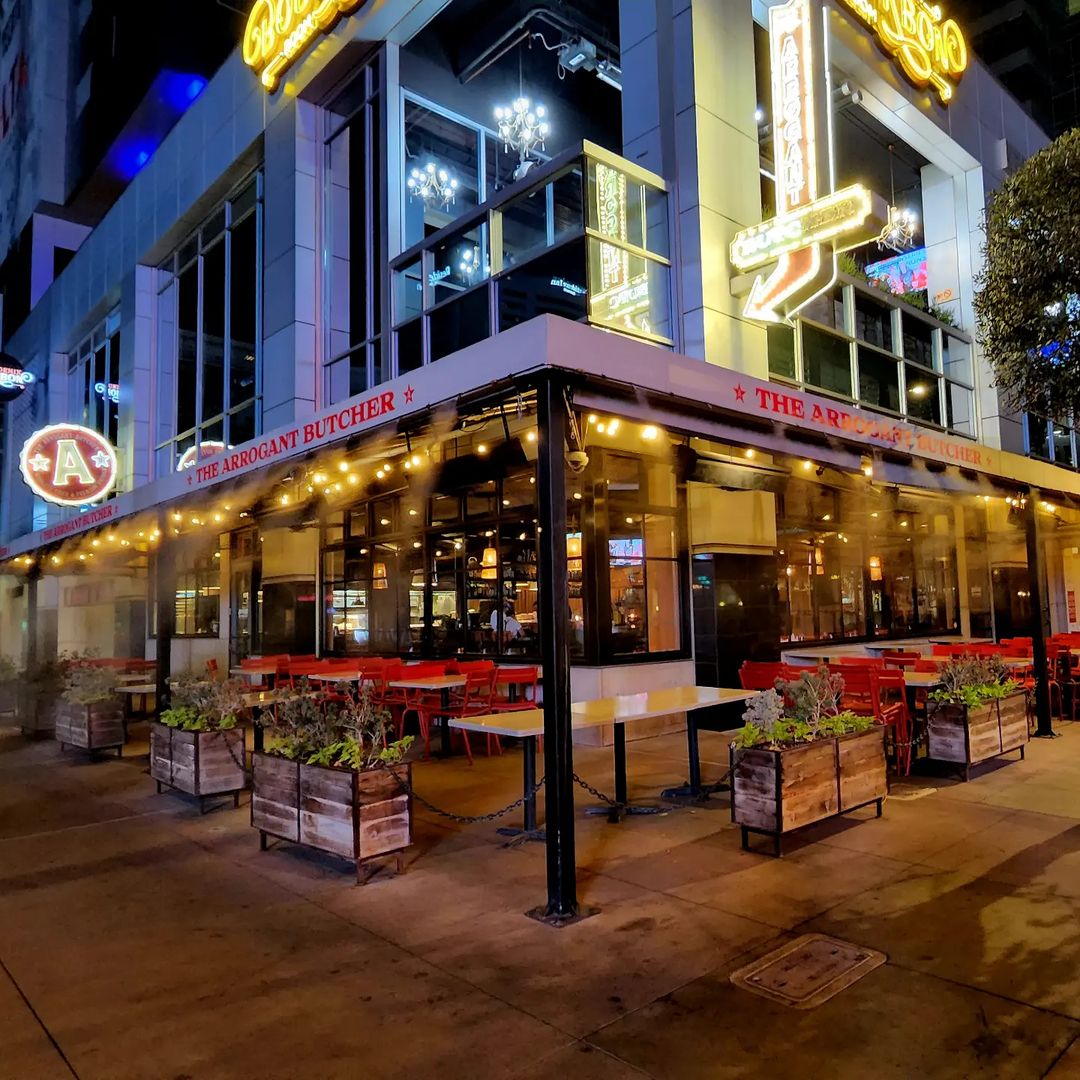 Known for its meat, the Arrogant Butcher serves up everything from prime rib to meatloaf. Appetizers like soft pretzels with provolone fondue and shrimp and sea bass ceviche are offered on a weekday happy hour menu with craft cocktails and draft beer. The stylish CityScape restaurant is just a short walk to the Footprint Center, Chase Field, and other downtown attractions.

Located in the RoRo District, the retro Rough Rider restaurant and bar harks back to the saloons of the 19th century. A menu of Victorian-style cocktails and “elixirs” are served up alongside Southern comfort foods like pork chops and roasted potatoes. 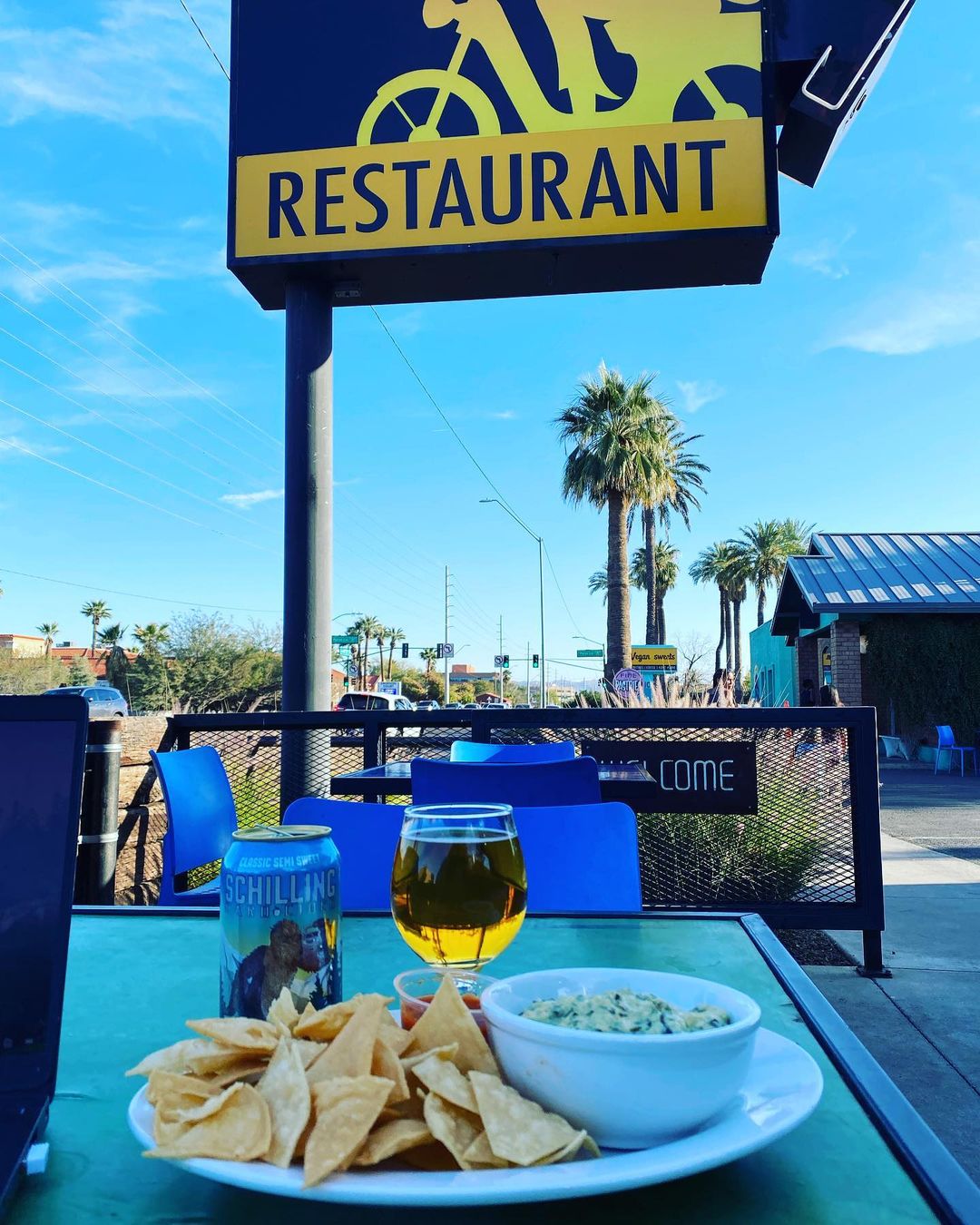 With a 100 percent plant-based menu, Green New American Vegetarian crafts vegan variations of global cuisine, from a Chicago cheesesteak to a peanut chicken burrito to eggless rolls. There is even a kid’s menu with vegan swaps for favorites like chicken nuggets and quesadillas.

The Larder and the Delta 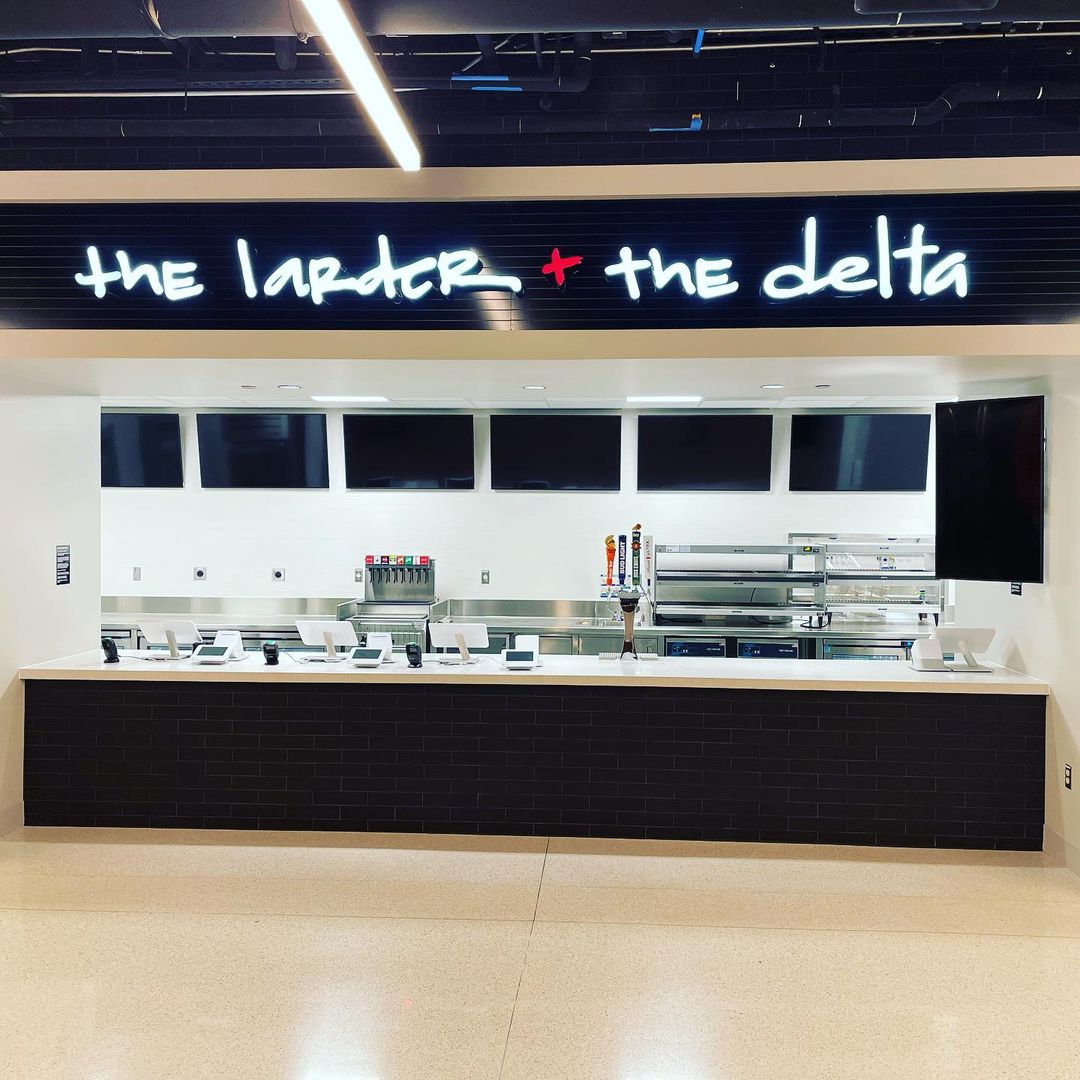 The Larder and the Delta is a popular farm-to-table eatery for Southern-inspired dishes. The seasonal menu features Arizona-grown produce and local beers and ciders. The restaurant is just outside the Japanese Friendship Garden of Phoenix. 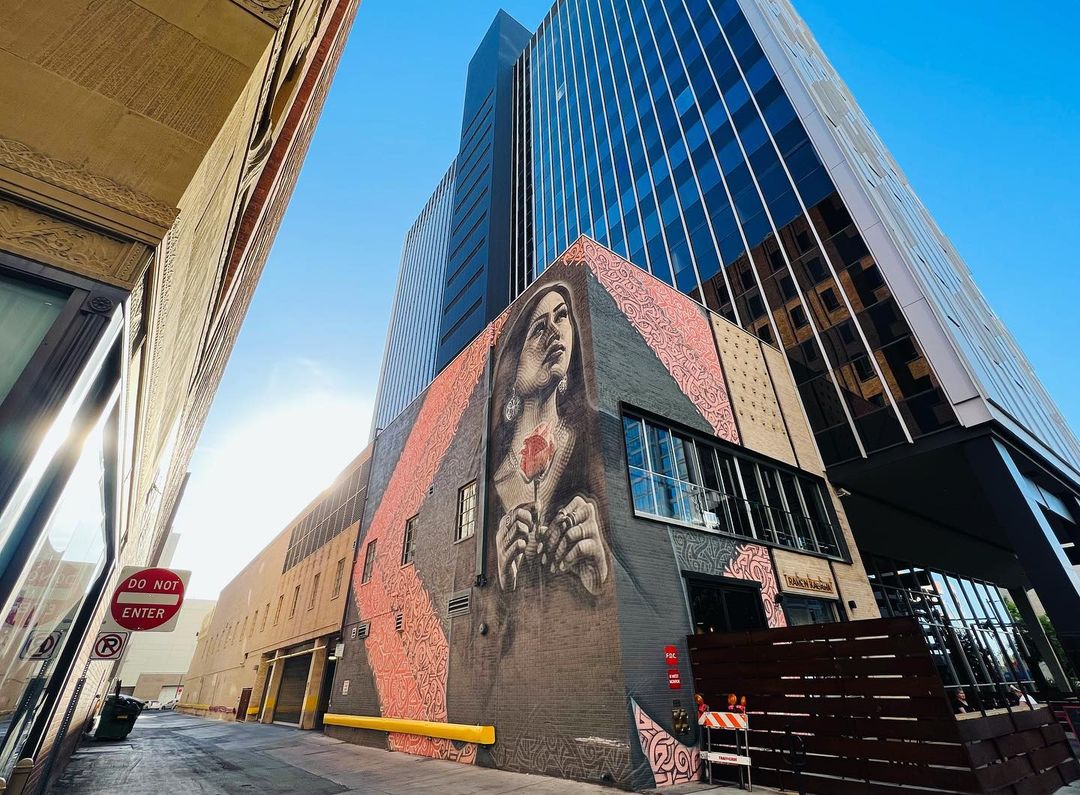 Land-locked Arizona may not be famous for its seafood, but Harumi Sushi and Saki in downtown Phoenix promotes quality by flying fresh fish in daily. The extensive sushi menu includes a few vegan rolls and nutrient-rich purple rice. 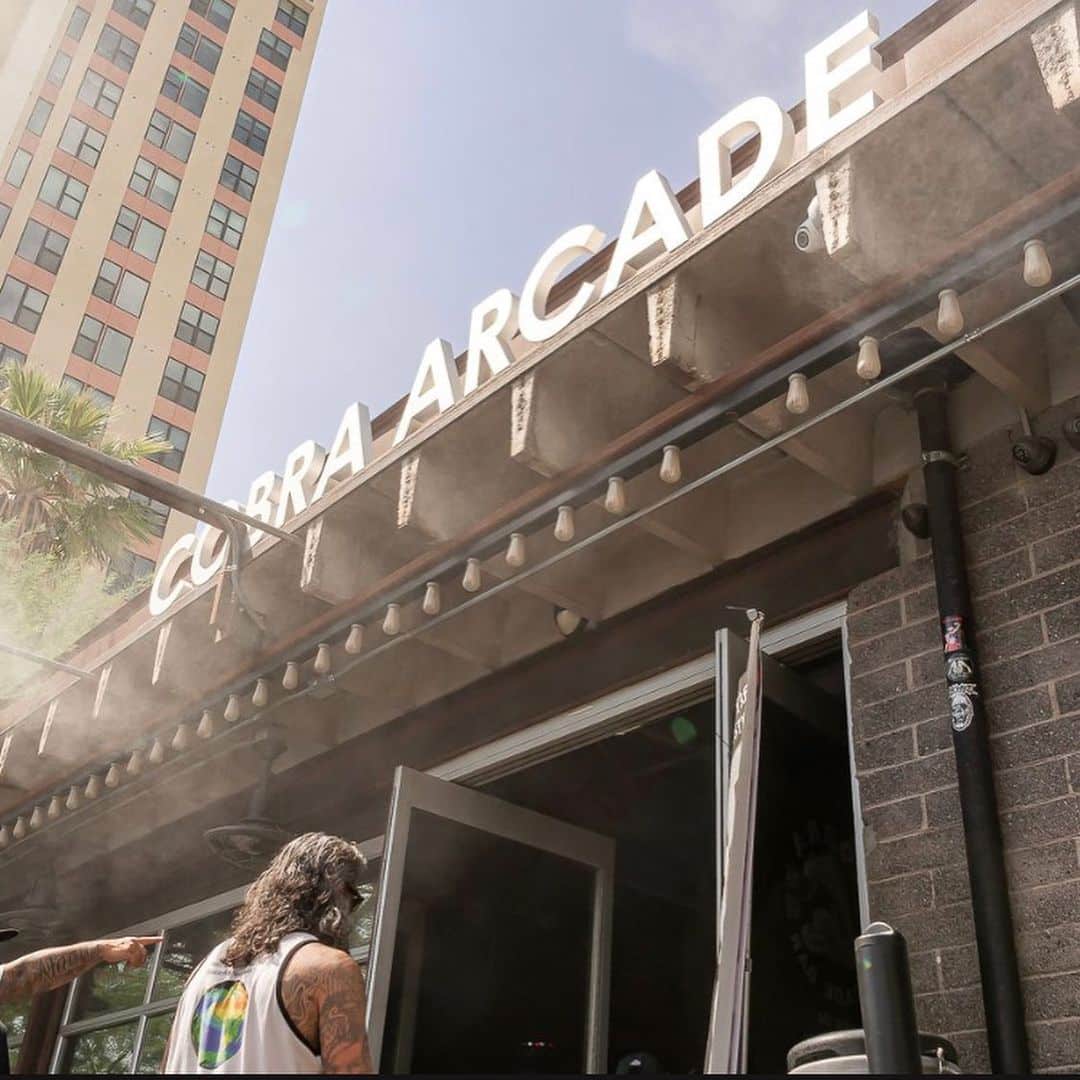 Retro arcade games, cocktails, food trucks, and guest DJs are the vibe at the Cobra Arcade Bar. Located near the Arizona State University downtown campus, the trendy bar has a weekday happy hour. If beer is what you’re in the mood for though, there are a handful of breweries in Phoenix, all serving up unique brews in trendy spaces. 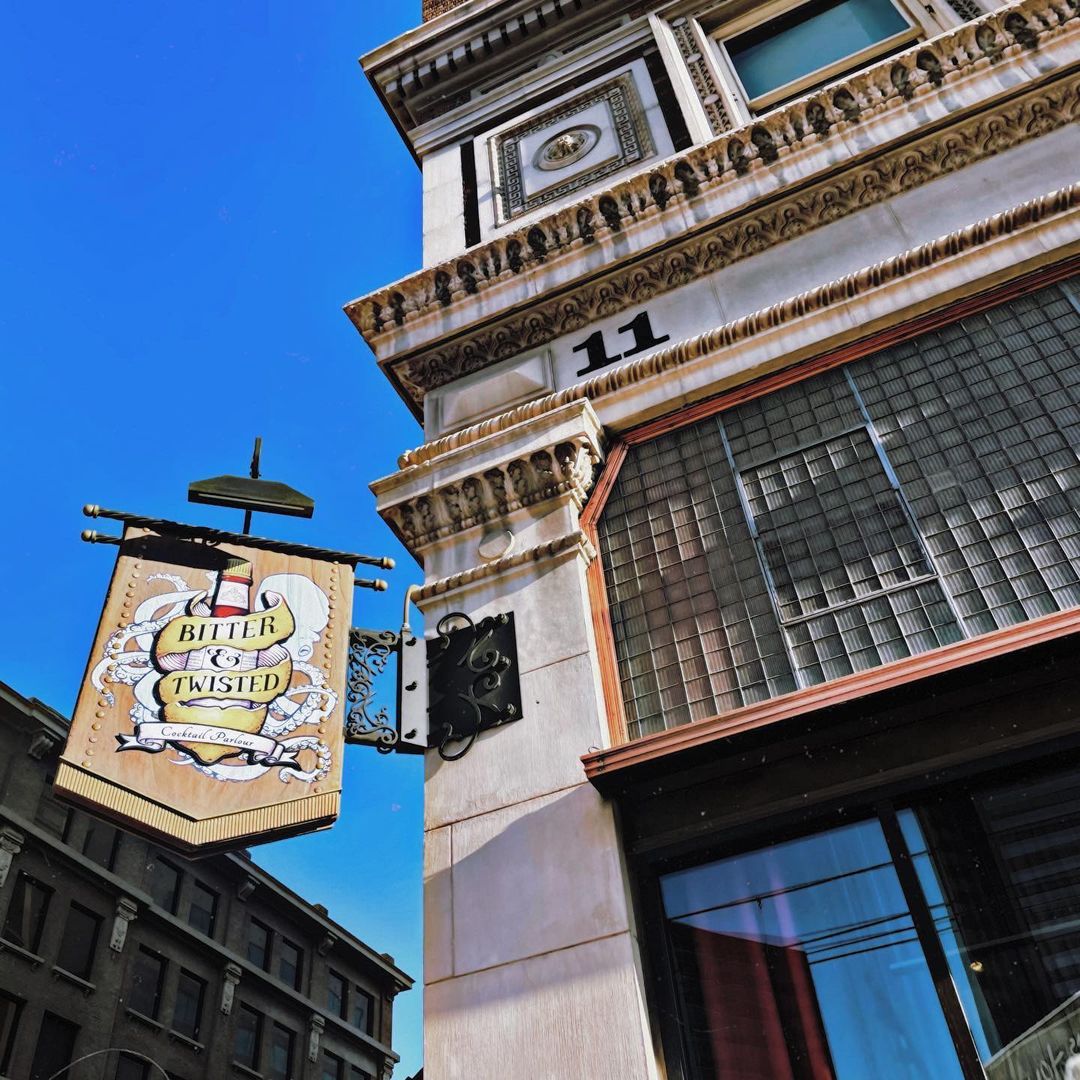 Bitter and Twisted Cocktail Parlor is ironically located in the old Arizona Prohibition Headquarters, across the street from the modern CityScape development. A massive cocktail menu has won multiple awards and the bar often has a long waitlist during peak times.

Enjoy the Best of Downtown Phoenix

With so much to see, do, eat, and explore during your visit to Phoenix, you won’t have any trouble finding things to keep you entertained while in town. The hardest part might just be narrowing down the selection to fit the amount of time you’re here. Regardless of what fills your days, we’re sure you’ll love your time in the city of Phoenix.