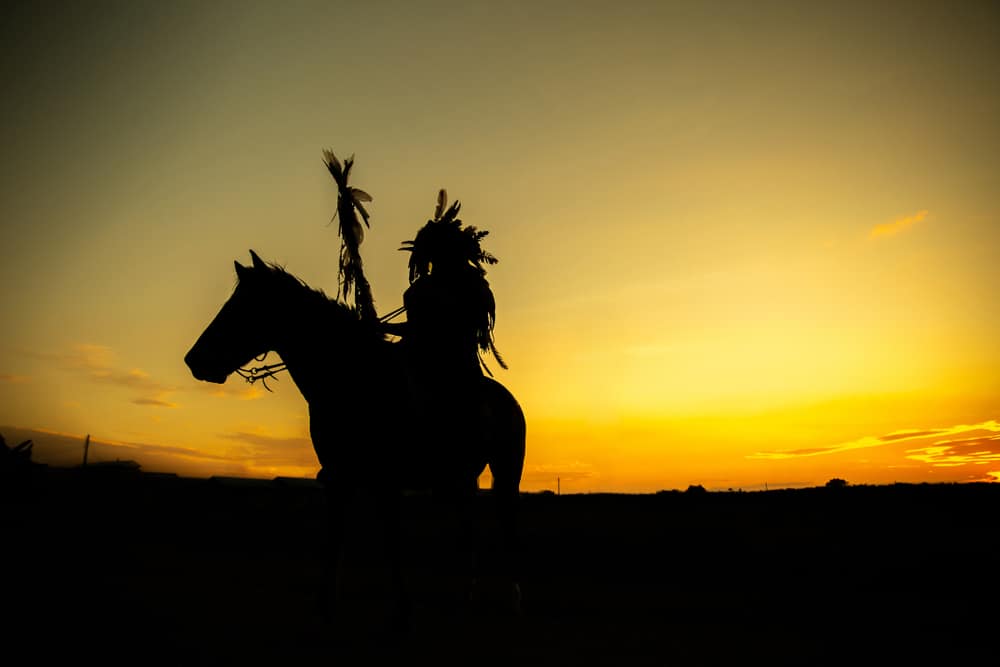 A Quick History of Sedona, Arizona

If you are planning a visit to Sedona, you probably want to get as much out of your visit as possible. That is why you need to learn a bit about the history of Sedona.Even though a lot of people understand that Sedona joined the United States, along with the rest of Arizona, in the 20th century, life was vibrant in Sedona long before that time.

What do you need to know about Sedona, and where did the vibrant town come from? Take a look at a brief history of Sedona below, and make sure you get the most out of your visit.

Where Did Sedona Get its Name?

Sedona is named after one of the first American settlers to arrive in the area, Theodore Carlton Schnebly and his wife Sedona Miller Schnebly. They moved to the area in 1899, along with about 15 other families who set up a homestead in the area.

The Importance of the Schnebly Family

Even though every family played a role in the birth and growth of the small town, Theodore was an ambitious man. When he moved to the area, he owned approximately 80 acres. This included a hotel and a general store. His house was located in the hotel as well. Now, the popular Los Abrigados Resort stands where his hotel used to be.

Furthermore, Schnebly knew that the town needed a regular mail service. Even though the Eastern Seaboard already had a strong male service, the same could not be said of Sedona.

He reached out to the Postmaster General of the United States and suggested a few options. Unfortunately, many of the names were too long, so they were turned down by the post office. He decided to name the town after his wife, Sedona. Because this name was short enough to be easily included on letters and packages, it was accepted.

That is where the town of Sedona got its name, and the name became official in 1902.

An Early History of the Region

Similar to the rest of the planet, the geologic history dates back approximately 500 million years. Hundreds of millions of years ago, present-day Sedona was actually underwater.

trong winds, fault lines, and volcanic activity would wreak havoc on the local area. Because of all the volcanic activity in the Verde Valley, the land changed drastically, eventually creating the Mogollon Rim.

Then, about three million years ago, the Colorado Plateau lifted up from the earth quickly. By that time, snow, rain, and wind had created Oak Creek Canyon, exposing multiple layers of sediment. This created many of the vibrant red rocks that people associate with the local area today.

Eventually, local wildlife and vegetation would live in the area, but this process also took millions of years.

When Did Humans First Arrive in the Area?

Even though there is still a tremendous amount of archaeological research taking place in Sedona, the first humans arrived in the area approximately 6,000 years ago. During that time, many hunter-gatherers roamed the region and settled in the Verde Valley. 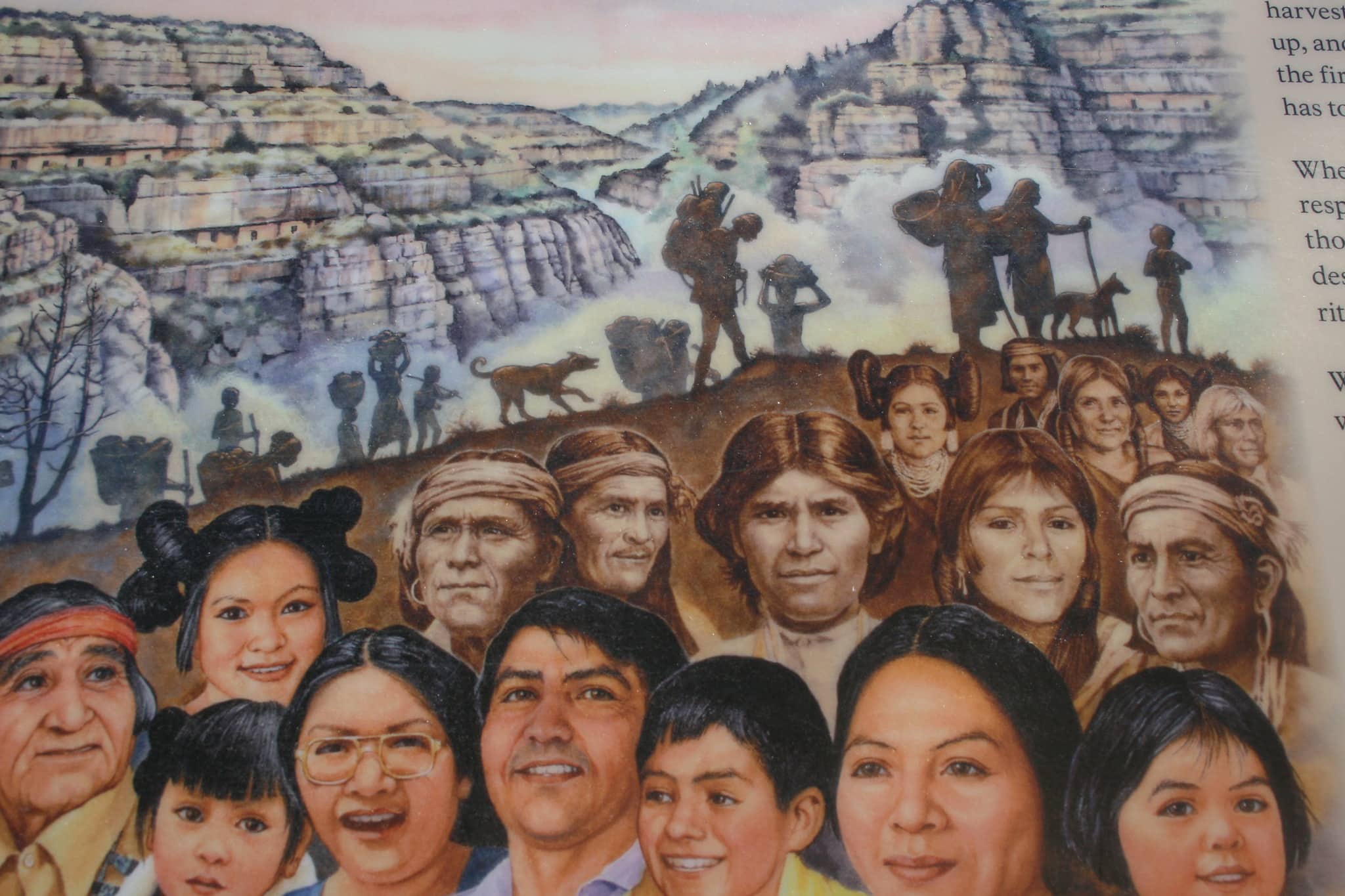 Approximately one thousand years ago, archaeological evidence suggests that a more advanced civilization began to construct houses in the area. These are commonly known as Pueblos, and they have been ascribed to the Sinagua people. This was a civilization that was very proficient in farming, and they produced a lot of jewelry, pottery, and baskets. They also had an in-depth understanding of astronomy, as was reflected in many of the carvings that have been uncovered in the area.

As this civilization continued to grow and expand, it formed trade routes with a lot of populations that lived in Central America, Mexico, and the Pacific coast. Furthermore, archaeological evidence suggests that they made a wide variety of stone tools and baskets. Some pots and plates have also been found in the area.

By approximately 1400 AD, evidence of the Sinagua tribe began to fade. This is when archaeological evidence of the Apache, Hopi, Anasazi, and Yavapai peoples starts to appear. They were the dominant force in the region for a few hundred years until the arrival of European settlers.

When Did European Settlers Arrive in Sedona?

Even though there is no evidence that gold existed in the Sedona area, they did not know that at the time. They did a tremendous amount of prospecting in the area, but they only found copper.

Although Native Americans were still in control of the area, Spain claimed the region for itself. Then, Mexico gained its independence from Spain in 1821. Therefore, Arizona, and Sedona, belonged to Mexico for a few decades.

The United States had dreams of expanding from the Atlantic Ocean to the Pacific Ocean. Ultimately, the United States laid claim to the Western portion of North America and played a role in Texas rebelling against Mexico in the 1830s.

When Did American Settlers Arrive in the Area?

Given that American settlers were already prominent in Texas, it did not take long for them to expand into Arizona as well. The territory of Arizona was formally created in 1863.

The United States built Fort Whipple in the middle of the Civil War in an effort to encourage the mining of local resources. They were needed to support the war effort. Once the fort was constructed, settlers began to arrive in Arizona in force.

The first Anglo settler from the United States to reach the area of present-day Sedona was John James Thompson. He arrived in 1876, and he found a Native American Garden that was abandoned. It was still bearing crops, and he decided to settle there in the Village of Oak Creek, not far from today’s towns of Cottonwood or Ellsworth, believing that the soil was fertile enough to grow food. His family arrived a few years later, and Sedona began to grow.

In 1880, several other settlers arrived. They also joined homesteads in the Oak Creek Valley, which was a steady source of water throughout the year. The first people to arrive in Sedona lived a very precarious existence. They had to farm, hunt, and fish constantly in order to keep the town afloat. By 1890, the homestead had irrigated a few hundred acres, creating enough fertile land to subsist on.

By the end of the 19th century, the namesake of the town, T.C. Schnebly and his wife arrived as well.

During the first few decades of the twentieth century, Sedona continued to grow rapidly. A lot of people were looking for steady work, having a difficult time finding it on the Eastern Seaboard.

They knew that there was an opportunity for a mining job in Sedona, and many of them decided to move to the area to find employment as miners or ranchers. In addition, there was a vibrant trapping economy, particularly during the winter. A lot of people would try to trap animals during the winter and sell the pelts to people on the East Coast.

Many other people decided to fish in Oak creek and decided to sell the fish in Jerome. They would travel in the middle of the night to keep the fish from spoiling. Because Sedona is hot throughout the year, fish will spoil quickly, particularly without modern refrigeration.

How Did the Great Depression Impact Sedona?

The Great Depression had a significant impact on the East Coast, but it did not have a large impact on Sedona. During the 1930s, life in Sedona was already very rudimentary and challenging. There was no air conditioning, it was hot throughout the year, and most people did not have much.

Even though money was used to purchase goods and services, there was still a lot of trade. With mining, trapping, fishing, and farming, the economy and Sedona was largely a barter economy. Because people were mostly self-sufficient, they would simply barter what they had to take care of their other needs.

On the other hand, the Great Depression did contribute to massive population growth in the area. Because so many people were having a difficult time finding employment on the East Coast, a lot of people fleeing the Dust Bowl migrated through Sedona on their way to California. Some people liked the look of Sedona and decided to settle there.

This is one of the biggest reasons why Sedona grew quickly during the Great Depression. There were also a lot of federal programs that were deployed in Sedona, making it easier for people to find work. For example, the Civilian Conservation Corps, a federal program that was designed to create new employment opportunities during the Great Depression, created jobs that eventually led to the construction of the Sedona Lodge.

The United States expanded rapidly during WWII, particularly with so many soldiers returning from overseas, and Sedona was no different. In particular, the advent of air conditioning made life in Sedona much more attractive, and that is why so much construction took place during the post-war years.

In 1948, the Verde Valley School was opened, providing new educational opportunities for children in the local area. In addition, Hollywood movies began to use the red rocks and Sedona as a backdrop for many of their films. This pumped additional money into the local area, contributing to the growth of Sedona into what it looks like today.

In 1951, a groundwater aquifer was discovered underneath West Sedona. This meant that many new homes could be developed in the area, creating even more housing opportunities. A lot of retirees were looking for a spot in the Western portion of the United States, and many of them decided to move to Sedona.

The Chapel of the Holy Cross, one of the biggest landmarks in the city, was constructed in 1956. Many people also came to take advantage of the numerous shopping opportunities, such as the Tlaquepaque Shopping Center, which was constructed in 1971. Between 1970 and 1987, the population of Sedona more than tripled.

Even though Sedona is still a relatively small town compared to numerous other major cities in the Southwest, the town has grown quickly. Now, there are amazing shops, restaurants, and tourism opportunities in downtown Sedona, making this one of the most popular tourist destinations in the southwest United States.

The population is still just over 10,000 people, but there are many more people than that in Sedona regularly because of all the tourism opportunities.

Furthermore, Sedona is a popular location for artists. There are lots of people who love to use the beautiful red rock country as a backdrop for their art projects. They can be found in oil paintings, canvas work, and even pottery. Therefore, if you are in Sedona, you may want to check out some of the art galleries, as many of them use Bell Rock and Slide Rock State Park for their projects on red rock formations.

Finally, there are also a lot of outdoor activities in Sedona, particularly near Camp Verde and the Cliff Dwellings. In addition to the Grand Canyon, you may want to sign up for a tour of one of the local parks, or you may want to go hiking on your own. The forest service also has a significant presence in Sedona, so you may want to see if they have any special events going on.

Of course, as you’ve seen in this article, Sedona has a tremendous amount of history, so you may want to swing by the local museum if you would like to learn more about the greater Phoenix area in Northern Arizona. The Sedona Heritage Museum is a great place to visit. And, the Schnebly name is still alive and well, with Schnebly Hill Formation, Schnebly Station, and Sedona Schnebly all paying homage to the history of the area.

The Best Things to Do in Fountain Hills, AZ

The Best Things to Do in Fountain Hills, AZ